Thank you. Your message has been received. We will be in touch with you very soon to schedule your demo.
Something went wrong while submitting the form. Please try sending again or refresh the page and try again. 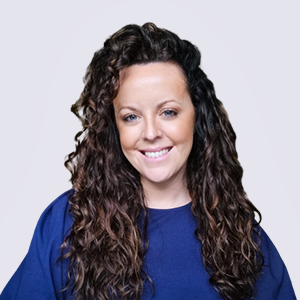 In an increasingly competitive job market, a positive employer brand is essential. Employer branding is how you position and promote your brand to top candidates.

In order to keep up with the competition, have a look at these 5 companies that not only have super employer brands, but are also attracting top talent because of their branding.

The people behind the Heineken brewing company didn’t achieve success overnight, and they know that they have to work in order to maintain the company’s international reputation.

That’s why they created their now famous “Go Places” campaign in 2016, and updated it with “Go Places 2.0” in 2019. It involves a series of videos featuring the stories of current Heineken employees that work in a variety of positions and locations. The intent, and effect, of the campaign was to show that their brand revolves around the unique personalities and ambitions of their employees.

The campaign doesn’t stop at employee videos, however. Their website features an interactive digital interview where the interviewer asks them 12 questions while also providing facts about the company. This interview checks for culture add and introduces the candidate to the company at the same time. Once completed, candidates are given a personal profile, such as “pioneer” or “investigator” and invited to apply with their CV and LinkedIn profile.

The results show that this employer branding strategy was more than simply a fun and unique headline. According to Marketing Week, Heineken saw a 56% increase in applications during its 2016 campaign.

One of the world’s oldest electricity companies, General Electric (GE) repositioned itself as a digital company with its employer branding strategy. It did this with a series of timely and modern commercials.

Shaunda Zilich, the previous head of employment brand at GE, says, “In the past couple of years, we’ve said we don’t want to be just an industrial company, but we want to be a digital industrial company. So for that, we’ve had to put a lot of branding out there. You’ve probably seen some of our...commercials really trying to get people to understand we’re something different”.

One of these videos was called “What if Millie Dresselhaus, Female Scientist, Was Treated Like a Celebrity”. It was released in order to announce GE’s goal of employing 20,000 women in technical roles by 2020.

This video first aired during the 2017 Oscars, resulting in the hundreds of thousands of people who saw taking to social media to discuss it--and General Electric. GE even added a hashtag at the end of the video (#BalanceTheEquation) for people to engage with, which could also be used to track the performance of the video. According to Monster, the video now has nearly one million views.

PwC was being limited by the perception that it was just an accounting firm. Its marketing team began to focus on the company’s employer branding strategy in order to expand its reach to a wider and younger talent pool and change its reputation.

In 2015, Sondra Dryer, PwC’s previous director of recruiting marketing, came up with the solution of a new webpage called CareerAdvisor. Rather than a simple careers page, this is a site where candidates can go for career advice--with or without the requirement of applying to a position at PwC.

Dryer says, “The tool is career agnostic, and for anyone at any stage in their career. Maybe someone doesn’t need every phase, but this is a great opportunity to learn those tools and tricks they need to advance their career”.

PwC worked on CareerAdvisor for 18 months, and the result was an all-encompassing site featuring critical career resources in four different categories: assess, maximising, prepare and present. The company reached out to career centres at college campuses and promoted the site with digital and social media advertising. The May after its launch, 27,500 people used the site, and PwC gained a database of new talent.

L’Oreal is consistently revered as one of the best companies to work for worldwide. This is because of extensive employer branding campaigns and techniques.

Most notably, the company created a thorough and recognisable employee value proposition (EVP) i.e. the values and cultures they embody and provide for their employees. It took time to develop a new EVP in 2012 by asking for input from current employees. This resulted in the EVP tagline, “a thrilling experience, a culture of excellence,” as well as EVP pillars:

According to Zvi Goldfarb, the previous head of the Talent Digital Lab at L’Oreal, the company’s success with employer branding came from one simple principle: “Serve the right content, to the right audience, at the right time.”

They have proven their ability to do this with multiple digital platforms, from YouTube to Flipboard. According to CareerBuilder, 70% of their LinkedIn followers are interested in applying for a job with the brand, and they have over 1.8 million followers on the networking site.

Starbucks is another globally recognised company, and it is also famous for its employer brand. The company is especially known for its social media presence, which both advertises its company culture and cultivates an online community for its employees.

Kirsti Stubbs-Coleman, the recruitment marketing program manager on the Global Talent Acquisition Team at Starbucks, said, “The upcoming generation of talent is using social media to research jobs, review companies and recommend employers, and if you aren’t there to proactively respond to questions and storytell, they are doing it for you”.

Starbucks created Instagram and Twitter accounts specifically for its job seekers, and this is where the company shows its appreciation for current employees and interacts with future ones. It also has a hashtag (#sbuxjobschat) that allows potential hires to interact and converse.

For example, Starbucks uses its social media platforms to congratulate employees on college graduations. This is a way to showcase their company culture as well as promote one of its employee benefits: free tuition.

An employer branding strategy that focuses so heavily on social media also has the benefit of user-generated content (UGC). By inviting current and potential employees to interact with its brand online, Starbucks is creating a team of brand ambassadors that job seekers can trust. That’s why it dubs its 330,000 global employees “partners” rather than “employees.”

A great employer branding strategy is the first step to recruiting top talent. Occupop is here to help you keep that brand seamless and effective throughout the entire hiring process.

Occupop is recruitment software that uses AI technology to help you achieve the quickest and easiest hiring process. We can help you screen applicants, sort CVs and even schedule interviews, all over one centralised platform. This will ensure that your candidates have the best experience possible--and that they go on to appreciate and promote your employer brand.

Visit www.occupop.com to get started for free today, and subscribe to our blog below to get all of our recruitment tips and tricks sent straight to your inbox!

info@occupop.comLinkedIn
Get the latest HR updates sent straight to your inbox
Success! Thank you for subscribing!
Something went wrong while submitting the form. Please try again or refresh the page and try again.

More blogs
Recruitment Marketing
Harnessing the Power of Storytelling to Hire the Best
How to go about writing your unique company story & EVP, a framework.
Recruitment Marketing
How to Upskill in Recruitment Marketing as an HR Professional
Recruitment marketing has been a topical area in the HR space for some time due to the importance of passive candidates and a candidate-driven market. Integrating marketing into the recruitment function can give companies a competitive edge.
Talent Acquisition
The Hiring Strategies of Successful Hospitality Employers [10 Brilliant Examples]
Learn from the hiring strategies of some of the most successful UK hospitality companies.
Hiring Hacks Series
How to use ChatGPT in Recruitment [12 sample use cases]
How to use ChatGPT for Recruitment. Copy our test results!

Start free trialBook your demo
Occupop is an all-in-one recruitment software that simplifies the hiring process, making it easy to attract the best talent and manage candidates.

Analytics
Take control of your hiring process with real-time reports, analytics and insights.

Hiring can be easy.
Let us show you how.

Start your trial today - it’s free for the first 14 days.
Or book a one-on-one demo with one of our experts.
Book Your Demo

We have received your details.
One of our team will be in touch to schedule a time for a demo.

Flip it!
‍Something went wrong while submitting the form.
Please try again or refresh the page and try again.

TRANSFORMING THE RECRUITMENT PROCESS AT